The prinstine environment of outer space represents an opportunity for the advancement of new human rights values and principles, crafted without the historical baggage of gender-based discrimination. In achieving this goal, mindful to the evolving nature of human identity and the human condition, the emergence of a novel human rights framework within space law jurisprudence must be authored with inclusive and gender-neutral language in mind.

Sexism, misogyny, and the law have been long-intertwined across the history of human civilization.  Its origins can be traced to the state of nature and the conception of patriarchal communities and societies at the dawn of humanity - with author Jack Holland referring to misogyny as the “world’s oldest prejudice.” During this period of our existence, the law was used as a tool to reinforce patriarchal and stereotypical traditional gender roles and stereotypes.

As humanity begins its journey into the expanse, the necessity and importance of human rights values at the forefront of our activities across outer space is underscored by the need to uphold the inherent and universal values of equality, respect and human dignity. The achievement of social harmony and cooperation beyond the stars is predicated upon our collective will to maintain these guiding principles, and counteract the unequal state of nature, for the benefit of all humanity.


Context
Those looking to promote a new frontier of human rights jurisprudence in space, that incorporates gender inclusive language into its norms, must look beyond US jurisprudence, which has historically not been receptive to the concept. The results of three recent Supreme Court cases - Adree Edmo, Gavin Grimm, and Aimee Stephens - center around transgender individuals whom looked to the US legal system to protect their humanity and serve to underscore this point.

Firstly, the Edmo case involves an incarcerated transgender woman whose attempts to have gender confirmation surgery were denied by the state of Idaho. In the Stephens case, the applicant faced sexual discrimination from her employer after she decided to transition later in life. The Grimm case concerned a young transgender man, faced with the decision of his high school and school board when they instituted discriminatory bathroom policy, separating transgender students from their cisgender (individuals whose gender identity matches their sex assigned at birth) classmates.

While these three examples of discrimination or mistreatment of transgender persons within the US have gained judicial notoriety, they are not the only cases, and there is a growing trend within the US of states passing laws that attempt to deny the basic and inherent human dignity of trans and nonbinary individuals. The issue focuses upon how courts and legislatures within the US define sex and gender identity.

In the US, gender-based discrimination is constitutionally banned by the Equal Protection Clause under the Fourteenth Amendment – but that has not translated to a widespread acceptance of gender inclusive language or a recognition of gender beyond the binary. The Supreme Court held that the Equal Protection clause should be extended to protect women from gender-based discrimination in the 1971 case of Reed v. Reed. Gender discrimination is also prohibited in employment by Title VII of the Civil Rights Act of 1964 and education by Title IX of the Education Amendments of 1972.

For its part, the Equal Employment Opportunity Commission(EEOC) – the agency which administers and enforces civil rights laws that protect workers from workplace discrimination – has stated that "Transgender discrimination is based on the non-conformance of an individual's gender identity and appearance with sex-based norms or expectations"; therefore, "discrimination because of an individual's transgender status is always based on gender-stereotypes: the stereotype that individuals will conform their appearance and behavior—whether their dress, the name they use, or other ways they present themselves—to the sex assigned them at birth." EEOC v. R.G. & G.R. Harris Funeral Homes, Inc., 884 F.3d 575 (6th Cir. 2018).

In a major victory for LGBTQ rights in the United States, the Supreme Court recently affirmed the EEOC’s position in its 6-3 majority opinion in the 2020 case Bostock v. Clayton County. This ruling will have far-reaching implications in terms of human rights protections for transgender, non-binary, and gender nonconforming persons living in the US.

In recent years, the implementation of the Equal Rights Amendment into law has also gained attention due to several states finally ratifying it. However, the language used in these laws recognizes and reflects an explicit or implied gender binary of men and women or male and female, to the exclusion of transgender, nonbinary, and gender nonconforming folks.

International Human Rights Framework
Mindful of the shortfalls of individual governments to uphold and apply inherent, inalienable, and universal human rights principles to new groups of people, the question falls upon how the international community and civil society can promote the grassroots recognition of human rights in acceptance of these groups. With humanity set to expand its presence across outer space over the coming century, the need to recognize and apply these rights across the challenges of differing domains is integral to the the enforcement of social justice, and the maintenace of peace and stability, between diverse and isolated human communities.

A new human rights framework, applied into the domain of outer space, must look to expand upon existing international human rights instruments; wherein an explicit or implied gender binary remains present. For example,while Article 2 of the Universal Declaration of Human Rights (UDHR) mentions sex, it does not specify gender identity nor gender expression when prohibiting discrimination.

This binary distinction has been rienforced by the contents and context of the Convention on the Elimination of All Forms of Discrimination against Women (CEDAW). The entirety of the convention maintins an explicit dichotomy of the sexes between cisgender men and women, and is absent of any reference to transgender, nonbinary, and gender nonconforming persons.

Case Examples
A more visible place to look for precedent in establishing human rights protections for transgender and nonbinary individuals is across the patchwork of laws, policies, and emerging cultural norms abroad:

● In the UK, there exists a complex interplay between the Gender Recognition Act of 2004 and the Equality Act of 2010 in terms of protections for trans individuals.

● In South Africa, Section 9 of the Constitution which prohibits discrimination on the grounds of gender, sex, and sexual orientation. This language is more expansive than the language used in the US, but still leaves out the concepts of gender identity and gender expression.

● In Canada, a recent amendment to the Canadian Human Rights Act does include the terms gender identity and gender expression as part of the list of prohibited grounds of discrimination within Canada.

● In Sweden, the gender-neutral pronoun hen, an alternative to the two gendered pronouns hon (she) and han (he), has become preferred to the two gendered pronouns and has also shaped broader social opinions about gender equality. While not yet codified into domestic law, Sweden illustrates how progressive cultural norms around gender-neutral language can be established under international law, and extended into the domain of space law.

This developing international social embrace of a true gender-neutral pronoun is distinguished from the current debate in the US over the singular English pronouns they/them, which still holds historically masculine connotations. Regardless, this movement stands in representation of the dynamic and evolving nature of human rights, which captures its meaning from the human activism and advocacy of the times. Accordingly, its adoption into the international human rights framework it is not a question of if, but when.

The development of this new paradigm should be considered as an integral element of humanity’s evolving role in outer space, in shaping the new human rights paradigm seeking to govern human activities across the final frontier. While it is plausible and an increasingly broad interpretation of human rights may result in an attenuation of its authority, it is my opinion that this broad interpretation is essential to recognizing the evolving and fluid nature of what it means to be a human being.

Where science fiction media has routinely shed light on how the question of what it means to be human may evolve over time as humanity expands into the reaches of outer space, the creation and adoption of a universal set of values and ideals is key to the maintenance of peace, stability and social harmony across isolated human communities centered around a “common human identity.”

Summary
Where the Jus Ad Astra project is dedicated to developing and codifying novel and fundamental human rights within space law jurisprudence, the role of gender-neutral language acknowledges the evolving nature of the human identity and condition, and how this will play an integral role in promoting universality and inclusivity through a “common human identity.”

This can be accomplished in a variety of ways, from enacting international agreements containing express provisions mandating the use of gender-neutral and gender inclusive language, to advocating for court-developed precedents creating new norms around gender inclusive language under international customary law. The prohibition of discrimination based on gender identity and gender expression must be explicitly outlined within any human rights instruments developed and advanced across the domain of outer space. The future of human rights protections must thereby progress beyond the mere prohibition of gender-based discrimination, and work to promote the full-realization and enjoyment of substantive human rights by all persons.

In codifying the right to water, a breathable atmosphere, and a habitable environment across the domain of outer space - it is apparent that these basic rights, central to the existence and survival of individuals in outer space, be applied uniformly to all individuals regardless of their gender identity or gender expression. The championing of a new paradigm within the intersection of human rights and outer space must avoid binary-gendered language and incorporate inclusive, gender-neutral pronouns into its human rights protections. 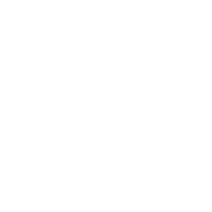